Is it possible to use “decomposable” plastic instead? Not so simple

Is it possible to use “decomposable” plastic instead? Not so simple

According to statistics from the Environmental Protection Agency, Taiwan uses about 1,500 metric tons of decomposable plastic every year. Even if they cannot enter the composting site, these wastes without recycling signs should at least be incinerated together with the general garbage. However, because the appearance of polylactic acid is too much alike the traditional plastic, it is easy for people to throw it into the plastic recycling area that forms “plastic pollution”.

“Green plastic” polylactic acid: PLA tableware advertised as made of wheat straw, rice straw and corn are actually having “polylactic acid” as the main raw material. Polylactic acid comes from the starch of these plants: after the starch is decomposed into saccharin, the saccharin is fermented to produce lactic acid, and then the lactic acid is polymerized and linked to form a tough and thermoplastic polylactic acid. The composting conditions for polylactic acid to decompose are actually quite strict. It must reach a relative humidity of 90% and be at a high temperature of 58-70ºC, and at the same time, ensuring that the environment is a non-closed space with sufficient oxygen. It can be completely decomposed into water, carbon dioxide or methane by microorganisms automatically.

Biodegradable plastic water bottles and shopping bags are a false solution to the ubiquitous problem of marine litter, the UN’s top environmental scientist has warned.

It is found in a report released on Monday from United Nations that most plastics are so durable that large plastic fragments and “microplastics” spread through water currents into oceans from the Arctic to the Antarctic.

Green plastic, which is collapsing in the environment, has been marketed as a sustainable alternative that could reduce the huge amount of plastic waste dumped into the sea. But Jacqueline McBride, chief scientist of the UN Environment Programme, told the Guardian that these biodegradable plastics are not an easy solution.

“It’s well-intentioned, but it’s wrong. A lot of plastic labels that are biodegradable, like shopping bags, will only decompose at 50 degrees Celsius, which is not the ocean. They’re also not pretty, so they sink, and they don’t expose to UV rays and decompose,” she said. 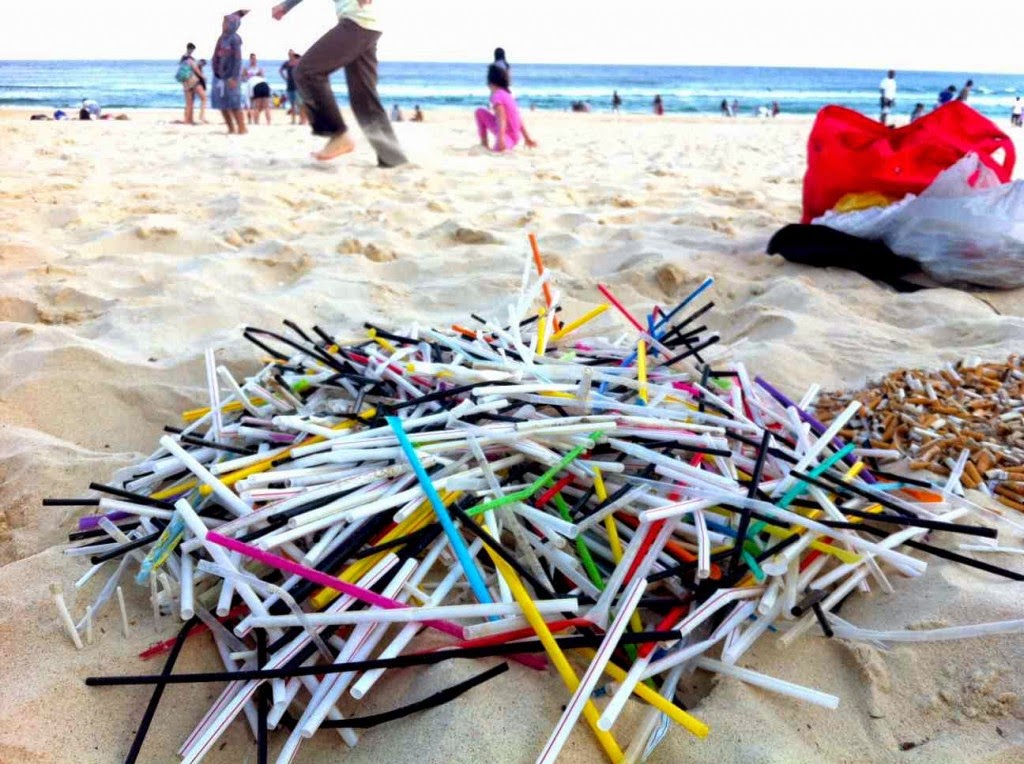 Speaking at the UN Environment Assembly in Nairobi later this week, she said, 170 countries were meeting and expected to pass a resolution on microplastics, adding: “We are moving away from the Chagos Islands (in the Indian Ocean). Even if you are remote, you are not safe.”

The United Nations reports that more than 300 million tons of plastics were produced in 2014 and are expected to grow by nearly 50 million tons by 2050. Although the exact amount reaching the ocean is unknown, the report concluded: “Plastic debris or litter in the ocean is now ubiquitous.”

The spread of large plastic litter such as large plastic fragments that dolphins can become entangled with, fragments smaller than 5mm in diameter (known as microplastics) has ecological, social and economic costs. For example, jellyfish use plastic as a habitat to hitch a ride and allow them to expand their range. The spread of jellyfish is considered bad news by experts because they eat plankton, ingesting food from fish and other sea creatures.

“There is an ethical view that we should not allow our oceans to be polluted by plastic waste and that marine litter should be seen as a ‘common concern for mankind’, the authors of the report wrote.

The main solution to ocean plastic is better waste collection and recycling, especially in developing countries, according to the United Nations. But McBride said, some biodegradable additives in plastic make it break down, making it harder to recycle, and is potentially harmful in the natural environment.

“When you add all the ‘additives’, when it becomes waste, the ‘additives become the enemy of the environment. As consumers, we need to think carefully about the use of plastics.”

Even if the plastic material is added with PLA, it is still not eco-friendly.

Any product that contains PE (polyethylene), PP (polypropylene), PVC (polyvinyl chloride), PS (polystyrene) and other plastic materials cannot be decomposed naturally. The only way to use it is “recycle and reuse”. Even if rice bran, cornstarch, PLA and other components that may be decomposed naturally are added to it, it is still plastic after being turned into small pieces, which is not eco-friendly at all. On the contrary, because the current recycling technology cannot separate natural components from plastic, it is more difficult to make these materials into the recycling system. To be straightforward: using plastic with added natural ingredients is worse than using pure plastic!

PLA is the fermentation of starch and cellulose from wheat straw, rice straw, corn and other plants that is used to produce lactic acid, and then the lactic acid is polymerized to form polylactic acid (polylactide), which is PLA.

PLA is a biodegradable polymer material and is a real degradable plastic. However, the decomposition of PLA requires high temperature and humidity above 60°C, and an environment with anaerobic bacteria. If all environmental conditions are met, PLA may be decomposed within 60 days. If it is placed in a different environment, the decomposition period will take longer, and when PLA products enter the ocean, it will make PLA less likely to be decomposed. So, don’t naively think that as long as the PLA plastic bag is placed there, it will turn into air and water by itself. Absolutely not.

Taiwan uses a large amount of plastic, and the top priority is to “reduce”

Taiwan uses 16.5 billion plastic bags and 3 billion plastic straws a year. Each person uses one stick for three days on average, and more than 8 million sticks are used in one day alone! In my opinion, controlling overall usage is the top priority! Even for PLA that can be decomposed, the decomposition process is not so simple. It needs to cooperate with specific temperature and humidity conditions to have the opportunity to fully decompose. So “reduce” is the fundamental way.

Is silicone decomposable and eco-friendly?

Silicone is easily decomposed and can be deposited to the bottom of the silt and decomposed in the soil. Moreover, silicone has no harmful effect and bioaccumulation on aquatic organisms.